In Arab and Iranian dictators’ propaganda there is almost no problem that is not caused by the existence of Israel, the Middle East’s sole democracy. Most of the Arab and Muslim states do not recognize Israel’s right to exist. However the freest Arabs and Muslims in the Middle East live in Israel. The Israeli government is the only one in the Middle East that is elected by free citizens — including Arabs and Muslims. Ironically even Islamic values seems better to be implemented in Western countries than in any country in world dominated by Islam.

In my opinion the modern society based on (Western or European) civilization or cultural history might explain the huge imbalance in the Great Middle East.The core reason for the imbalance between societies in the great Middle East might be from my point of view in the role of religion in different societies – in the lines between religion and secularism , between state and religion, between theocracy and democracy.

Why are Muslims so backward and powerless?

All the world’s Muslims have fewer Nobel Prizes than Trinity College, Cambridge. They did great things in the Middle Ages, though.(Richard Dawkins)

Why Arabic Spring transformed itself Islamic winter and why also after that it is so difficult to establish some kind of constititional democracy in any Arab country even if the majority of population demands the change of regime. A quite good answer I found from article Why are Muslims so backward and powerless? written by Dr.Farrukh Saleem, the Pakistani Executive Director of the Centre for Research and Security Studies, a think tank established in 2007 and an Islamabad-based freelance columnist. Some highlights from his article describing not only Arab states but Muslim world in general:

Dr. Saleem concludes that the Muslim world lacks the capacity to produce knowledgeand continues his statistics:

Why are Muslims powerless? Dr. Farrukh Saleem‘s final conclusion: Because they aren’t producing, diffusing and applying knowledge. And, the future belongs to knowledge-based societies.

Quite the contrary in Israel

For comparison Israel, the 100th smallest country, with less than 1/1000th of the world’s population, can lay claim to the following:

All this from a country just 60 years young while engaged in regular wars with an implacable enemy that seeks its destruction, and an economy continuously under strain by having to spend more per capita on its own protection than any other country on earth. Israel is a success story, and it seems that it will continue: Israel’s acceptance into the exclusive club of OECD, as well last year into EU’s Horizon 2020 program and CERN constitutes recognition of its accomplishments. Its integration into the global economy is further evidence that it is not isolated internationally. In the peace negotiations between Israel and the Palestinians, Israel will be negotiating from a position of strength. By contrast, the Arab states that are dealing with the challenges of modernity are in a severe economic, social and political crisis, particularly since the Arab Spring, and the power gap between Israel and its Arab neighbors has steadily widened. A strong economy is a significant factor in the building of military might and also in a society’s ability to withstand a protracted conflict. 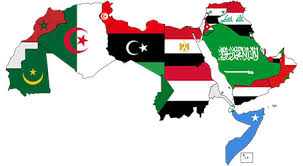 Despite Islam’s rise in the region, which is problematic for Israel, Egypt and Jordan have stuck to the peace treaties. Israel continues to have unofficial relations with the Gulf emirates and the North African states. The fluctuations in relations between Israel and the Palestinians have almost no effect on the relations between Israel and most of the world. Relations with the Muslim world have actually improved since Israel established good relations with Muslim states in the Caucasus and central Asia, which became independent after the disintegration of the Soviet Union.

“We must emphasize that many countries that profess Islam and are called Islamic are unjust, corrupt, and underdeveloped and are in fact not ‘Islamic’ by any stretch of the imagination.”( Hossein Askari)

In a BBC interview, Hossein Askari, an Iranian-born academic, Professor of International Business and International Affairs at George Washington University said a study by himself and colleague Dr Scheherazde S Rehman, also rates Israel (27) as being more compliant with the ideals of the Koran than any predominantly Muslim country. Not a single majority Muslim country made the top 25 and no Arab country is in the top 50. In doing the study they applied the ideals of Islam in the areas of a society’s economic achievements, governance, human and political rights, and international relations, he said. On that index “Muslim countries do very badly,” he said and accused them of using religion as an instrument of power.

“Looking at an index of Economic Islamicity, or how closely the policies and achievements of countries reflect Islamic economic teachings – Ireland, Denmark, Luxembourg, Sweden, the United Kingdom, New Zealand, Singapore, Finland, Norway, and Belgium round up the first 10”. In their ‘Overall Islamicity Index’, a measure that encompasses laws and governance, human and political rights, international relations, and economic factors, “the rankings are much the same: New Zealand, Luxembourg, Ireland, Iceland, Finland, Denmark, Canada, the United Kingdom, Australia, and the Netherlands; and again only Malaysia (38) and Kuwait (48) make it into the top 50 from Muslim countries,” he said.

“If a country, society, or community displays characteristics such as unelected, corrupt, oppressive, and unjust rulers, inequality before the law, unequal opportunities for human development, absence of freedom of choice (including that of religion), opulence alongside poverty, force, and aggression as the instruments of conflict resolution as opposed to dialogue and reconciliation, and, above all, the prevalence of injustice of any kind, it is prima facie evidence that it is not an Islamic community,” he said.

Source and more in An Economic IslamicityIndex by Scheherazade S. Rehman and Hossein Askari and in BBC interview .

So, why are Muslims so powerless? Answer: Lack of education. All we do is shouting to Allah the whole day and blame everyone else for our multiple failures! ( Dr. Farrukh Saleem)

In my opinion the core obstacle to democracy in Arab countries is that a big share of population does not have access to many-sided information sources nor they don’t have means to make a critical analysis even about that limited information which they can reach. When biased (ruling regime) tv-broadcasts, rumours and fanatic provocatours lay the basis to ones personal decisions the public opinion easily reflects the will of others.

The cause for the huge imbalance between societies in the Great Middle East might be in the role of religion in different societies. In Israel there is a clear line between religion and state, and in overall European or Western countries have embraced secularism. In Arab or Muslim dominated countries Islam is more than a religion and it is primarily a political system controlling all aspects of the life of the believer. The main difference of approaches is that in democracy, laws are made by people but in Islam the laws made by people are not recognized as the laws are made by God and the ruler, as the executioner of divine law, is not accountable to the people. In a strict theocratic system with Allah alone at its head and where allah’s law is interpreted by a ruling body of clerics is absolutely incompatible with democracy as there is no room for a secular political system in which all people are treated as equals.

The progress and the political and economic reforms that spread across the world during the 20th Century largely skipped the Arab world and much of the Muslim world. Come the 21st Century, with all the new technological power and information, not only with Al-Jazeera, through the internet and social networks that we are familiar with; and it hits these societies with a harsh blow; it exposed the citizens of these countries to what they had been missing. This caused a huge turmoil as these changes did not occur gradually, allowing for economic and political liberalism. The irony of the Arab Spring was that in opening the door for popular discontent, it demonstrated that while the discontent was real, it was neither decisive nor clearly inclined toward constitutional democracy.

Different paths of development – or lack of that – in Israel vs Arab countries are creating in my opinion basic obstacle to solve Israeli-Palestinian conflict. As democratic constitutional state Israel must deal with more or less undemocratic regimes, tyrannies,dictatorships. At best the peace treaties can gain time for some period, at worst the treaty is immediately forgot after ceremonies and photo-opportunity. From my perspective peace process can be successful only if it sprouts from the grassroots of society – otherwise it is both pointless and useless. 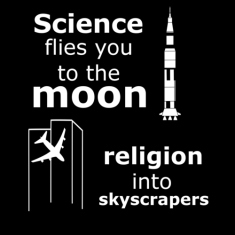 One thought on “Does Israeli Society explain Its Superiority in The Middle East?”